In Which The Warlock Evolves His Topography...

(Note:  This entry is part of this month's RPG Blog Carnival.  This month's host is A Character for Every Game.  Go check them out!)

I find myself in something of a conflict.  Quite a few entries ago, I found myself straddling a bit of the 'rules-lite/rules-heavy' fence, in the various games that I personally enjoy.  I've been enjoying 4e D&D, despite never investing in minis or battlemaps prior to this edition.  I'd never needed to, truth be told.  My prior 2e and 3/3.5e games all worked quite well with just free-form gaming.

But, therein lies the rub, friends and neighbors.  You see, I can't draw for the life of me.

Now, for most of my games, this isn't a problem.  In my experience, if you're asking to use a tactical battlemap when playing Call of Cthulhu or even Stargate SG-1, you're doing it wrong.  The games are just meant to focus more on problem-solving and character interactions rather than shifting two squares diagonally and unleashing a Radiant Ultimate Smite with your +4 P90.  Same with ICONS, with its rules-light approach.  When powers are abstracted as much as they are in ICONS, there's no reason to whip out a full map.

But...then there's WEGS.  Ah, WEGS.  My old-school indie love.  WEGS borders on tactical minis game, with its focus on "clearing the battlemat" and earning that elusive Rank Bump.  But, coupled with that, WEGS exhibits a unique tendency:  the idea of the "empty" battlemat.

You see, in all of the WEGS games I've managed to both run and play, I very rarely put forward an actual "finite" map.  Rather, the map usually consists of found items, and terrain that comes randomly.  Take a look below...

I didn't have to plan this map.  It really doesn't even make sense to, all told.  Rather, I improvised.  With a good set of markers, my old HeroQuest terrain, and a selection of WotC's Dungeon Tiles, it's not hard to slap down a few things that "belong" in the area and go from there.

For the above map, I figured that a dragon would probably have at least a few things of "normal" size around, particularly if it liked to mess with magic.  As such, I tossed down the HeroQuest altar, with a chest nearby, and a cabinet, the alchemist's bench, and a table nearby for magical "experimentation".

As for terrain, rubble makes sense, if a dragon is landing and taking off regularly.  And the blast, near the top of the map?  Well, a breath weapon does leave marks!

At this point, you're probably wondering, "well, what's the point?"  Well...that is the point.  There's isn't one.  For as good of maps that we can find, for as much internet scouring as we do, we don't always need all of the accoutrement!  The best maps, the most utilitarian and functional gaming aids, often come from necessity.

All told, just use the tools you have at hand.  The variations you can come up with will speak for themselves!

Has anyone else ever experimented with "found" or impromptu mapping?  Let us know how it turned out!
Posted by A.P. Klosky at 12:16 AM

Cold Steel Wardens: Roleplaying in the Iron Age of Comics 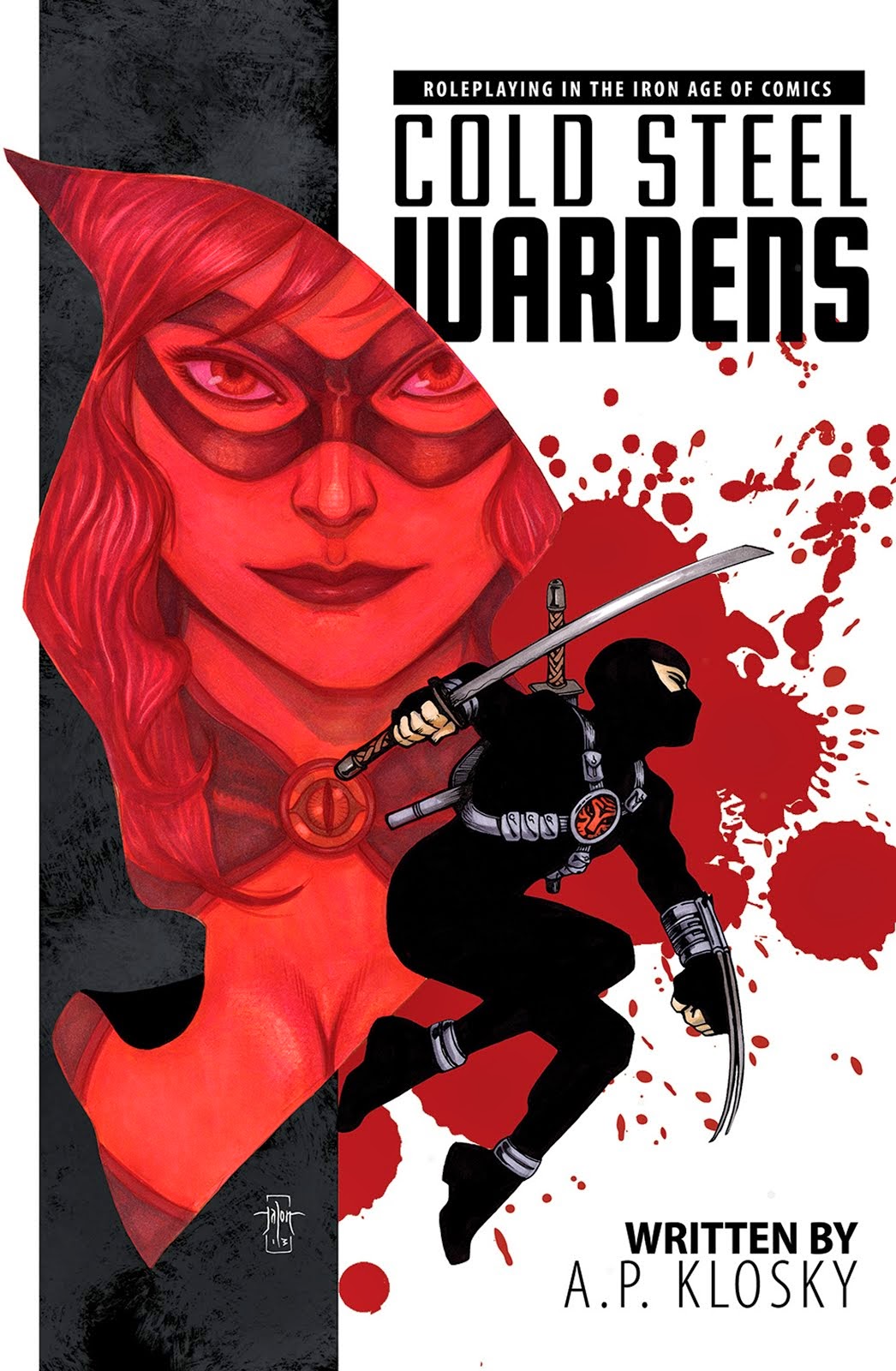 The Warlock's Bag of Holding

Keep your eyes peeled for free gaming material, courtesy of yours truly!

Look Through the Stacks...

Gateways to Other Realms